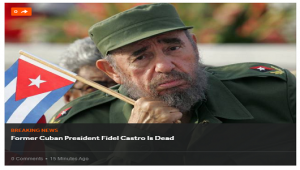 Fidel died last night at 7 PM Eastern Time due to complications from an intestinal disease that forced him into retirement in 2008. The revolutionary leader of the Cuban nation was aged 90.