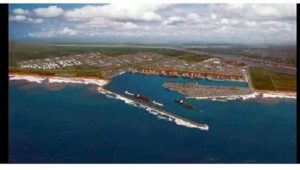 Federal Government has approved a 50-yr concession for Ibom Deep Sea Port (IDSP) to help attract investors, as stakeholders have declared the project most viable in the West and Central African region.

Both the Federal Ministry of Transport and the Infrastructure Concession Regulatory Commission (ICRC), which confirmed the long concession period, last week, at the Ibom Deep Sea Port stakeholders visioning workshop, held in Uyo, Akwa Ibom state, also affirmed that only three deep seaports in  Nigeria had been captured in the nation’s port development master plan.

Diko said: “We have approved three deep sea ports. We approved Ibom Deep Seaport 18 months ago, and in the process the promoters of Badagry Deep Sea Port came and submitted proposal and got approval.”

Similarly, an official of the Federal Ministry of Transport and Director of procurement, Mr. Shehu Aliyu, said IDSP had become necessary to help curb the incidence of port and road congestion in Lagos.

The Chairperson, Technical Committee for the Realisation of Ibom Deep Seaport, Mrs. Mfon Usoro, said even when all the approved deep seaports become operational, IDSP would still have sufficient cargo and sound throughput to remain viable.

According to her, the port is strategically located in the West and Central African region.

It will serve the cargo needs of the following countries like JDZ Sao Tome, Equatorial Guinea, Cameroon, Angola, Gabon, Republic of Congo DRC, Chad, and Niger.

Equity participation in the project was conceived as: Akwa-Ibom state, 20 percent; private sector, 60 percent, while 20 percent stake    is floating for interested private investors or other state governments with the region to grab.

The IDSP, which is situated on 2,565 hectares of land and has a  container capacity of 9 million TEUs, is an integral part of the proposed large Ibom industrial city, which collectively is located on a 14, 000 hectare of land.

The industrial city will provide immediate cargo need to the IDSP, which comes in two phases, with incentives for investors, Usoro said.

According to the Project’s Transaction Adviser, Global Maritime And Port Services Pte Ltd (GMAP) of Singapore, led by its Vice President, SuBoon Hui Frederick, IDSP has two way access channels and is designed for container vessel of 100, 000 Deadweight (DWT) and 15 meters draught as well as 48m Beam.

With construction billed to commence in 2018 and completion time given as between 2020 and 2021, concessionaires are at liberty to sub-concession a facility at the port and repatriate their funds at will as special investment incentives granted by the Nigerian Investment Promotion Commission (NIPC) and Nigerian Export Promotion Zone Authority (NEPZA).

GMAP listed the objectives of IDSP to include: To augment the existing port capacity and ease of doing business, to accelerate industrialization and economic activity, to be the premier maritime hub in West and Central Africa.