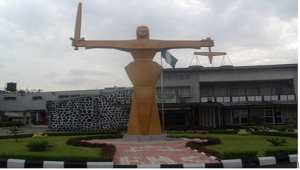 The judges were recommended for dismissal following allegations of corruption.

In a statement signed by the NJC’s director of communication, Soji Oye, the council said it recommended the dismissal of the judges, following its investigation into the allegations.

“The National Judicial Council under the Chairmanship of the Hon. Acting Chief Justice Walter S. N. Onnoghen, CFR, at its 80th Meeting which was held on 14th and 15th December, 2016 recommended the dismissal of Hon. Justice Ugbo Ononogbo of the Abia State High Court of Justice and the compulsory retirement from office of Hon. Justice Nasir Gummi of Zamfara State High Court of Justice with immediate effect.

“Hon. Justice Ugbo Ononogbo, Abia State High Court, was recommended for dismissal to the Governor of Abia State, Pursuant to the findings by the Council on the following allegations inter-alia contained in a petition written against His Lordship by Mr. Urum Udensi Ifegwu.

“Hon. Justice Umar Nasir Gunmi was recommended for compulsory retirement from office to His Excellency, Hon. (Dr) Abdul Aziz Yari Abubakar, Governor of Zamfara State sequel to the findings of Council following allegations against His Lordship,” the statement said.