The Federal Government has initiated moves to amend the Police Act which has been in existence since 1948 to reflect current realities, Solicitor General of the Federation and Permanent Secretary, Federal Ministry of Justice, Mr Dayo Apata has said.

Speaking in Lagos on Tuesday at the conference of Network of Justice Reform Team put together by the Federal Justice Sector Reform Co-ordinating Committee (FJSRCC) in partnership with Lagos State Government, European Union and the British Council, Apata said aside the Police Act, the government was also in the process of implementing reforms aimed at decongesting prisons in the country.

He said to underscore the commitment of the present administration to reform the justice sector, a National Policy on Justice which is the first of its kind in Nigeria was recently adopted in collaboration with key stakeholders, adding that by the development, the country could now boast of a policy that declares the collective aspiration for the justice system.

According to him, “Aside the judicial reforms, presently, the Federal Ministry of Justice is also engaging in police reform. As at today, we are trying to work on the Police Act which we have been using since 1948 or thereabout.

“Presently also, the Ministry is working on the prison reform. The Honourbale Attorney General of the Federation has just constituted a working group that is looking at the prison reform in Nigeria headed by the Chief Judge of the High Court of Federal Capital Territory (FCT) who is equally passionate about the issue of prison decongestion.

“At the moment, the Federal Ministry of Justice is pioneering the trial of Boko Haram suspects who have been there for the last four to five years and we have already commenced their profiling. Also, the people are aware of the efforts of the present administration of President Mohammadu Buhari on anti-corruption drive and also asset recovery. As at yesterday, there is the move to enter into a Memorandum of Understanding (MoU) to repatriate $321million back to Nigeria, among other efforts,” Apata said.

Earlier, in his welcome remarks, Lagos State Governor, Mr Akinwunmi Ambode said the State, being the fifth largest economy in Africa and centre of excellence, was delighted to be hosting the conference which focused on justice sector reforms.

While charging participants which included judges, Attorneys General of states of the federation, lawmakers, among others to come up with significant reforms that would benefit the citizenry nationwide, Governor Ambode said the State Government was willing to collaborate with stakeholders in the justice sector to explore the opportunities of the world class Lagos DNA and Forensic Centre to make Nigeria a safe place to reside and do business.

The Governor, who was represented by the State’s Attorney General and Commissioner for Justice, Mr Adeniji Kazeem, said with over 21million population and owing to the cosmopolitan nature and diversity of Lagos, the State Government had reinstated its commitment to social development, improvement of justice dispensation and the maintenance of law and order in ensuring that Lagos works for all.

He said: “Our success as a government lies more in our continuous collaboration with stakeholders in the administration of justice to achieve our goals and realities of an efficient justice delivery system.

“It is in fulfilment of these promises that the first DNA and Forensic Centre was commissioned to embrace a more scientific-led investigation technique and raising the bar of “proof beyond reasonable doubt” in prosecuting criminal cases.

“Our administration, to a large extent, has addressed the issues of delayed justice through the establishment of Office of Public Defender (OPD), Citizens Mediation Centre and the innovative multi-door arbitration system of justice where numerous persons regardless of gender, status, ethnic or religious grouping are beneficiaries. We h have continued to enhance the judicial process in the State in terms of improved welfare for judiciary and put in place state-of-the-art-infrastructures.”

3 Dead As Train Derails In Lagos 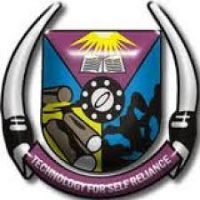 THE FEDERAL UNIVERSITY OF TECHNOLOGY, AKURE, NIGERIA INVITATION FOR PREQUALIFICATION AND SUBMISSION OF TENDERS